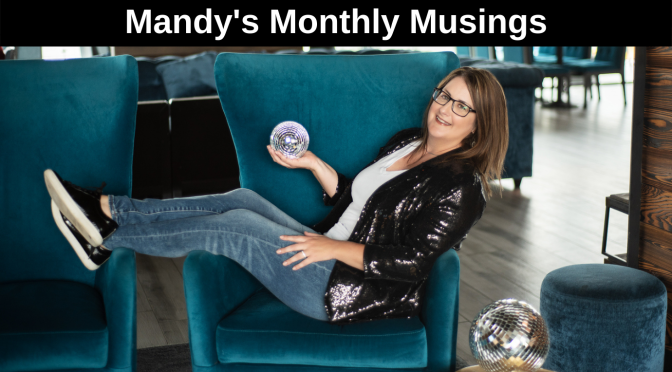 It’s “Never Too Much” when it comes to celebrating black musicians influence on the history of music! Just because the end of the month is here and it’s the end of the official “Black History Month” doesn’t mean we should stop celebrating! Especially when it comes to music. I think people often forget just how big of an influence black musicians have had on the history of our entire music culture! Below I share with you just a couple genres that black musicians have had a HUGE influence on, but there is so much more! I challenge you to do some research and searching to see what you can learn!

Did you know Rock-n-Roll was actually technically first started by a black artist! Chuck Berry to be exact (who was influenced by Bo Diddley, another black musician)! Yep, even before Elvis! Other original black rockers include Little Richard, Fats Domino, Ray Charles and James Brown. As much as I hate to admit it (this is a safe space, right? I can be vulnerable, right? We are getting to know each other, right?) I thought rock-n-roll was started by Elvis or some other white guy until I was probably a teenager, maybe a little older! Eeek! My Bad! BUT some would even argue that it was actually Sister Rosetta Tharpe that birthed Rock-n-Roll, how cool, a black artist AND a woman! Read more about the “Godmother of Rock-n-Roll” HERE. See my playlist below for a video to see her in action, she ROCKS that guitar! Either way, it wasn’t Elvis! I’m glad I educated myself and know better now! You can read a full article about how Chuck Berry has been credited for inventing rock-n-roll from Billboard.

Jazz is another genre that for many years I thought was a bunch of white guys, you know like Kenny G, etc…because that is all I knew at the time. BUT Jazz is SO much more than a guy on a saxophone. AND there are SO many types of Jazz. When people tell me they don’t like Jazz I always challenge them to try again and pick a sub-genre of Jazz like New Orleans Jazz or Swing Jazz (aka Big Band) or especially Bebop Jazz (so fun!) There’s even Latin Jazz. I feel like there’s a type of Jazz for every person out there. There are about 40 sub-genres of Jazz, that’s so much awesome music to choose from and explore. I actually REALLY LOVE Jazz and I love all of them, yep even the “Smooth” Jazz that most people don’t like and are used to hearing on the local adult radio station, ha!

Like I said above there are SO many other ways black musicians have had an influence on music (and dance – more on that later) I could go on and on but I will leave you with those two for now. Let me know if you want me to do a part 2 and dive into other genres/examples. In the meantime, I challenge you to look into some of the music/artists I mentioned above and who knows, maybe you will find something new to enjoy while enjoying a piece of history!

My Top 5 Songs by Black Artists, Featured in Movies

These are not ranked or in any particular order. There are so many more I like as well, but just stuck to my Top 5 this time.

#1
MOVIE: Ghostbusters
SONG: “Ghostbusters” by Ray Parker Jr.
WHY I LOVE IT: This one is just so nostalgic for me. I grew up with this movie and song and Halloween just isn’t the same without. Plus it really is a good fun song! I could listen to it all year!

#2
MOVIE: Shark Tale
SONG: The whole soundtrack! (although it’s not ALL black artists) BUT especially “Got to Be Real” by Mary J. Blige & Will Smith (a fun remake of Cheryl Lynn’s song from the 70s)
WHY I LOVE IT: Ok yes this is a cartoon and I have a daugther and I watched this with her when she was little but really the soundtrack is just so good! I mean with Will Smith and all the other artists how could it be bad?! Most of the songs are popular hits you’ve heard before that have been re-done in a super fun way by other artists. So fun!

#3
MOVIE: Despicable Me 2
SONG: Happy by Pharrell Williams
WHY I LOVE IT: So for this one, it’s really more about the song than the movie….although I do enjoy it, as you can see from above I enjoy cartoon movies! But this just goes to show how movies and music go hand in hand these days. Summer 2020 I did virtual music bingo and when I asked people if they knew what movie the song Happy by Pharrell Williams came from, not everyone knew! It became popular all on its own, but its very first appearance was on the movie soundtrack.

#4
MOVIE: The Wiz
SONG: Ease on Down the Road – Diana Ross & Michael Jackson
WHY I LOVE IT: This is one of the musicals I watched when I was little (I was 2 when it came out! Yep, just gave you my age, ha!) and made me just LOVE both music and dancing! I wanted to be those characters on the screen easin’ on down the road! So fun! I just love this song in daily life as a good reminder and motivator when going through hard times, just keep movin’ and ease on down the road!

#5
MOVIE: Purple Rain
SONG: Let’s Go Crazy – Prince
WHY I LOVE IT: Growing up my dream was to see Michael Jackson, Janet Jackson and Prince in concert! I loved them all so much! Sadly, I never got to see Michael or Prince but I did finally get to see Janet in the early 2000s! More on her in future blogs…back to Prince… Did you know the movie Purple Rain was made to show off Prince and his talents, that’s why it featured so many concert scenes, and it worked! Shortly after he went platinum with his album by the same title as the movie. Basically a whole album built around a movie! Pretty cool! Really the whole Purple Rain album is great, but I really love how fun “Let’s Go Crazy” is!

LISTEN HERE: – Celebrating Black Artists Throughout History (DJ MandyMixes’ FAVES) (This project is taking longer than expected so right now it only goes from 1920s – 1970s, there is just SO much awesome music out there to filter through! So check back as I continue to add more!)

Challenge: If you don’t recognize some of the artists on the playlist I challenge you to look them up and read their history. MANY of them, especially from the earlier years are some key players in the history of Jazz, Rock-n-Roll, the Blues and music as a whole!

Warning: Be ready to be moved and possibly have a tissue nearby as some of the older songs on the playlist above (1920s/30s/40s) touch you to your core.

Instead of me sharing MY favorite dance move of the month I thought I would share this article with you called “15 Black Dancers Who Changed American Dance“ going all the way back to the 1800s! So cool! This, of course doesn’t include the more recent dancers who have also had an impact on dance culture like breakdancers, etc…but I thought, for now, it would be cool to go WAY back and look at the really early years of dance via the article above.

Also, fun fact…black dancers have been a huge influence on me! As a kid my dream was to be one of Janet Jackson’s backup dancers!

Submit your answer (s) for a chance to win a prize! Details below.

ANSWER ONE OR BOTH OF THESE QUESTIONS:

Question 1: Did you always know Rock-n-Roll was originally started by black musicians? If not, at at what age did you learn about it? (no judgement here! I’m just hoping I’m not alone, ha! I will NEVER share your answers). Submit your answer(s) HERE.

Question 2: Do like or dislike Jazz? Submit your answer(s) HERE.

NOTE: I will NEVER share your answers, this is a private conversation between you and I. I only use the form as it is easier to keep track of who answers. 😉

Mixing up the Mood, Music & Mingling for YOUR Events. From DJ to MC to AV!